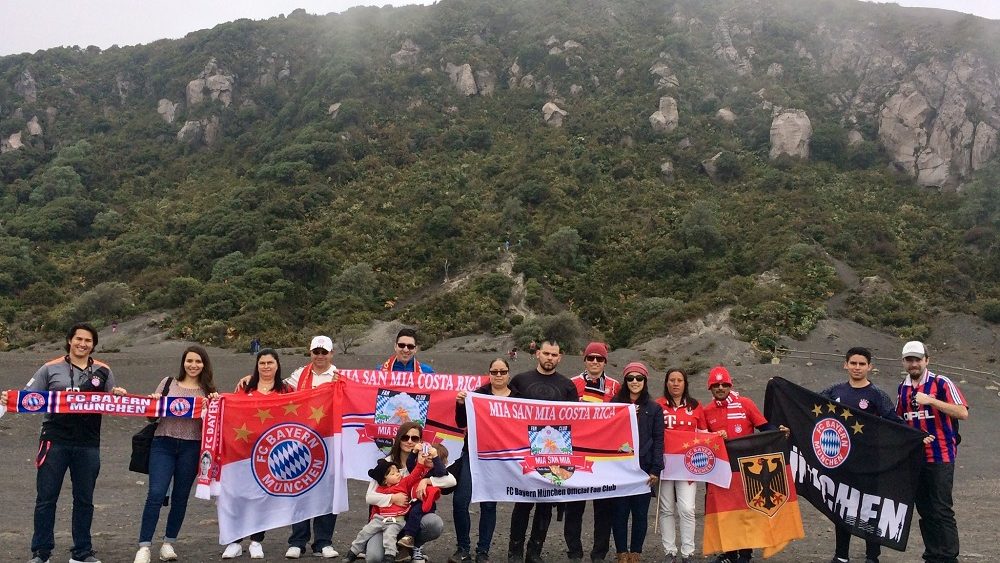 FC Bayern fan clubs from around the world each celebrate their fandom in unique yet familiar ways. We are giving these clubs the opportunity to share their stories and experiences. So far on our journey, we have traveled to North America (Toronto, Washington DC, San Diego, Miami and Long Island), Asia (India and Taichung) and South America (Brazil and Argentina).

In this edition we are heading to Central America where we spoke to the president of Mia San Mia Costa Rica, Paris Segura KS, about how their club supports FC Bayern from 9,600 km away.

Our fan club was born in a familiar environment, during a Biergarten afternoon at home. For many of us, the fan clubs is almost like a family and the best way to support our FC Bayern.

We have many places in the city. We also promote cultural events like Oktoberfest, German Fest and German representations in the country.

Every year we represent the fan club in Germany and all over the world. In December 2018 FC Bayern honored us as the fan club of the month.

Our social labor has also been recognized all over the world, because twice a year we organize an event to help an average of 40 homeless people of the city. We give them food, cookies, drinks and new clothes. Most of them are older people or children who have no place to live, no food and most of them are addicted to drugs and alcohol

Our trips to promote and share Costa Ricans nature and our anniversary parties.

Has your club made a trip to see Bayern live as a group?

Every year, we try to visit the Allianz Arena at least two times. For instance during the last Der Klassiker, three of our Members were there.

What would be your dream as a Bayern supporter?

The dream would be if FC Bayern were to visit Costa Rica, because of us. With Berni, trophies, a delegation and a legend of the club.

We have an average of two events per week. In Costa Rica, we are well known as the most active, strong, organized, successful and international fan club.